Join me on an 'outrage fast' 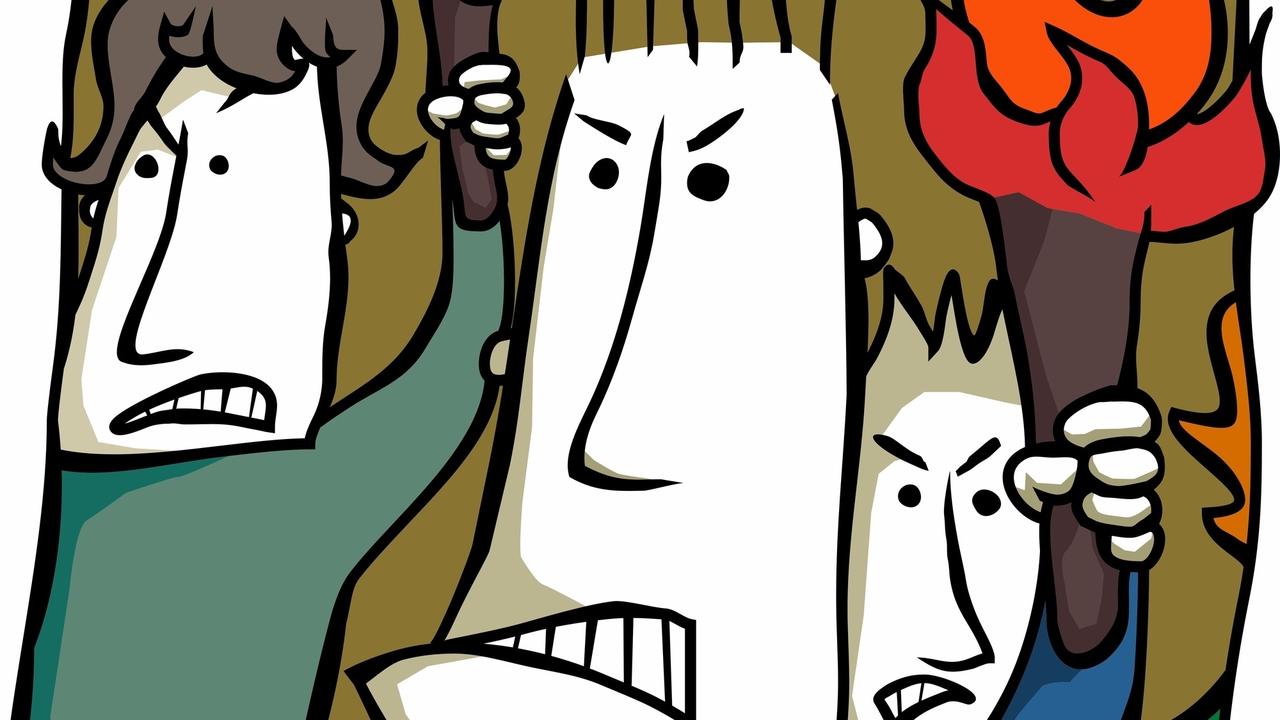 Join me on an Outrage Fast

Pay attention at the end—I’m going to ask you to do a specific thing. But this shouldn’t take long.

Okay, so: Outrage. You’re probably aware we live in an outrage culture right now. And both sides of the political fence—CNN, Fox News, whatever—really capitalize on people’s addiction to being outraged. Why? Why are we addicted to it? What’s happening?

And outrage has really changed since we’ve moved to a more online world. Back in the face-to-face culture, if you’re going to call out somebody and say, “Hey everybody, be outraged about this person! Be outraged about this situation!” it’s a two-way street. If you get it wrong, that outrage could come back onto you. So there is some risk in a face-to-face culture in trying to stir up trouble and stir up outrage.

However, in the online culture, the incentives are completely different. The incentives are all, “Definitely try and stir up outrage all the time because there’s no downside if you get it wrong.” It either catches on or it doesn’t.

So we’re becoming people who are more and more upset, more and more outraged, all the time. And as I said earlier, the media really capitalizes on this. And it’s easy, I know, for us to think only the other side does it, but I remember seeing a headline on CNN, “Donald Trump says he would have run into the Parkland shooter—the building where the active shooter was.” I thought, “That’s kind of odd,” and I actually went and looked up what he actually said. And what he actually said was, “It’s hard to know what you’d do until you’re in the situation. But I like to think the people in this room would run in in that sort of circumstance.” So, okay, that’s a completely different thing.

Why did the news media decide to make it into something that would upset me when, honestly, I think there are plenty of real things to be upset about? Why would they make that up? Why does news media on both sides of the fence come up with stuff that’s going to outrage you?

One: It’s clickbait. It’ll get you to look at it.

Two: Once again, we’re addicted to outrage. We’re looking for the next thing to be outraged about.

And I’m gonna tell you, I think this probably affects you a lot more than you think in terms of your quality of life—your overall quality of life. It’s so easy just to find that next thing to get outraged about, and it just takes a moment, so it seems like it’s not a big deal. But you add up hundreds of those, you’re actually going to be way less happy than you could be.

Think about what day it is today and seven days from now. In seven days, reassess. Because what most of us are worried about is if we’re not flipped out all the time, we’re not going to be able to help. If you’re not in a forehead-vein-throbbing, spittle-coming-out-of-your-mouth level of rage at every moment, you’re not paying attention, like the bumper sticker says.

But is that really true? Does being flipped out with rage at every moment really make you a more effective person for creating a world of joy and peace? For reaching out a hand to people who disagree with you? For creating middle ground? For developing a new world that really works for all of us? Does it really make you better at that to be flipped out? And does it make you worse at that to not be outraged all the time?

I think in a week what you’re going to find is that you’re actually better at creating the world that you want to create when you’re not indulging your outrage addiction.

So here’s what I want you to do: Seven days. If you start getting angry about something, look at something else. And put in the comments below, tell me you’re gonna do it. Just say, “I’m in.” And you can check in with me as time goes on. In my feeds come back and tell me how it’s going for you. But just say, “I’m in.” Seven days. Outrage fast. See if that doesn’t make your life better.

This is Dmitri Bilgere. Thanks for watching. Signing off.