"Dmitri Bilgere is the MyGyver of the psyche. He has the absolute knack of taking the slimmest of threads, the tiniest little things, and using them to help people make tremendous changes and heal things. He's been incredibly helpful to me."
- John Morrell

"Dmitri helps you love the little guy inside of you, so you can do the things you want to do with your life."
- David Kaar

Most simply put, I help people get past discouragement so they can take whole-hearted action to create the life they long for.

I help people get unstuck.

Since 1989, I've been helping people care for their hearts so they are able to take the daily, excellent actions that move them toward the life they long for.

In 1991 I cofounded Shadow Work seminars as one of the original four facilitators. Through 1997 I co-led Shadow Work weekend seminars all over the USA, as well as in places as far-flung as Hundred Mile House, Canada; Worcester, England; and Cape Town, South Africa. I also co-led Shadow Work Basic, Advanced, and “Container Building” facilitation trainings — some of them up to 10 days in length — in the United States and Canada.

In 1994 I began leading of the Inner King Training Experience, which I have co-led ever since all over the USA. In 1998 my book, “Beyond the Blame Game: Creating Compassion and Ending the Sex War in Your Life”was published. John Lee, author of the best-selling book “The Flying Boy,” called it “a must read.” It has been used as a text in classes at the University of Michigan, Pierce College, Pacific Lutheran University, and the Texas Wesleyan University. I also spent a total of more than four months in South Africa running workshops and coaching people. During my 1997 visit, I ran South Africa’s first-ever men’s weekend at a remote cabin in the Drakensburg mountains.

Since the early 1990s, I've been running Carpet Work Facilitation trainings all over the USA, and in Canada and South Africa. I've taught facilitation skills to groups as diverse as the leadership of EDL, Inc., the Mankind Project Leadership Body, and numerous smaller groups and communities. For years people asked me for phone coaching, but I declined, saying that I didn’t know how to get the results I wanted except by being in person. This changed when I met James Keeley in 2005. Since then I've integrated Jim’s techniques with my own and now lead truly transformational work with telephone clients from all over the world.

My latest book is Gateways to God: Remove Your Roadblocks and Live His Love.

Other stuff you may care about if you’ve read this far:
I am a Crucible Project Weekend Leader. I am the creator of many other workshops, such as the Life Power Skills Seminar, the Deep Change Facilitation Training, the Self-Facilitation Training, the Divinity Checkup, and Secrets of Unstoppability: The Intimate Conversation with the Divine. I was married in 2008 to my beloved wife Fawn. Here are the funniest 50 seconds of our wedding: 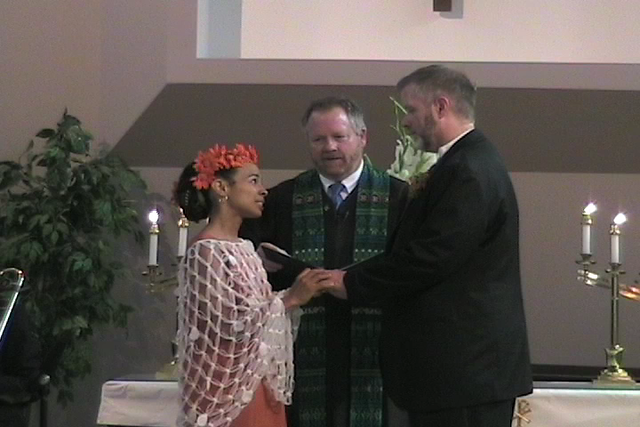